The Black Box is best known for a 400 foot gorge, carved by the San Rafael River. The Black Box, which most likely got its name by the one of the notorious Swasey boys, is covered by a type of lichen that dies and stains the rocks black. In addition, the gorge, which runs in a wide curve for about two miles, can easily “box in” any unsuspecting hiker. These contrasts of black and white, mixed with reds and purples (yes, purple – something to do with the lichen I think) cannot be found anywhere else in the Swell, perhaps anywhere, period. Caveat: the Black Box Gorge is a very dangerous place, so take care. I set up this shot on the tip of a ledge overlooking the gorge, and on that day, there were some serious updrafts. My hat blew away, and luckily, that was all. 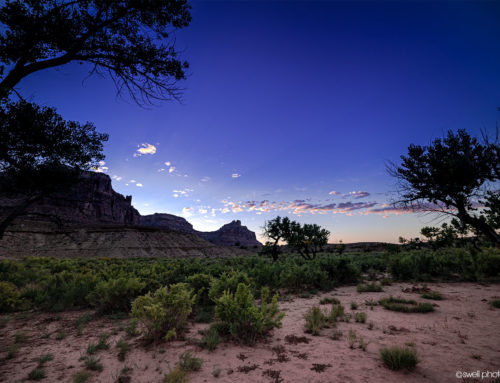 While You Were Sleeping

While You Were Sleeping 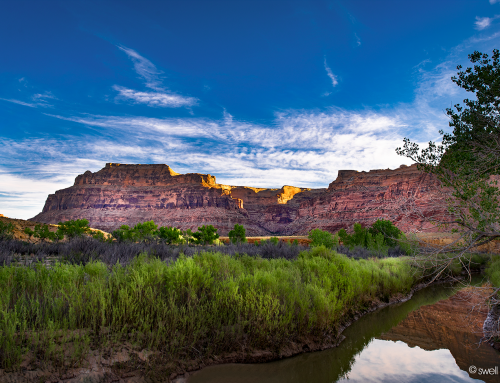 Sunrise, and the San Rafael River

Sunrise, and the San Rafael River 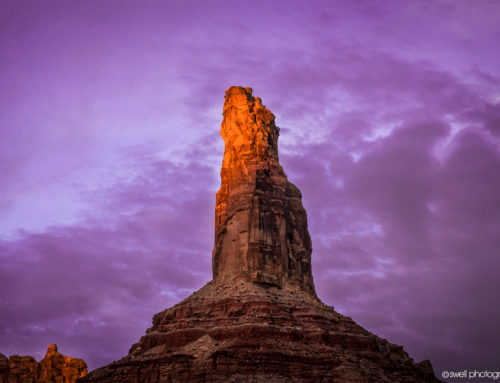 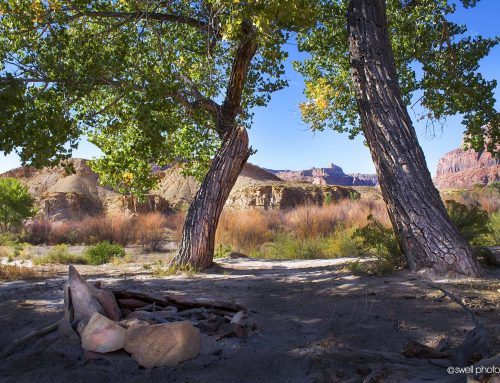 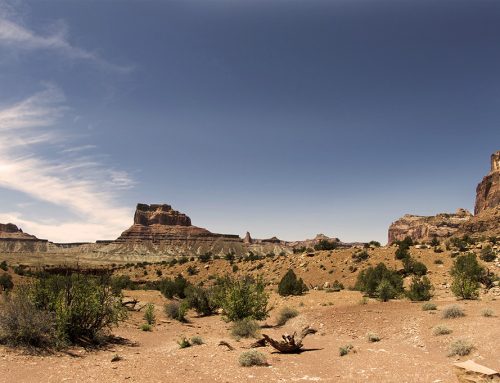